https://www.ajiraairways.com
Ajira Airways is a 5-star Asian airline in the TV series Lost.

Ajira Airways made its first appearance in the episode "The Little Prince", where a water bottle featuring their logo was seen in a boat on the Island. Juliet knows of Ajira Airways, describing it to the other survivors as an airline based out of India which has flights across the entire planet.

The Oceanic 6, sans Aaron, took Ajira Airways Flight 316 to get back to the island, because it happened to be flying over the location that Eloise Hawking had calculated the island would appear at. Flight 316 was piloted by Frank Lapidus.

Its motto is "Destiny Calls". Ajira is Hindi for Island. The only known accident is Flight 316, an Ajira 737 from LAX to Guam, when it crash landed on Hydra Island after being "teleported". It made an emergency landing, and most passengers survived. The aircraft was soon made air-worthy again and it flies off. 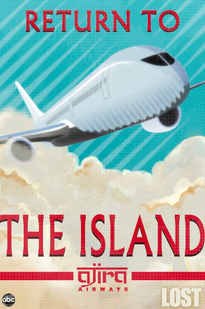 Flight 316: In 2007, a Boeing 737 from Los Angeles to Guam, crash landed on Hydra Island after being "teleported". It made an emergency landing, and most passengers survived. The aircraft was soon made airworthy again and it flies off. 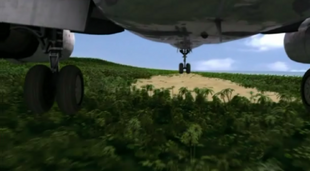 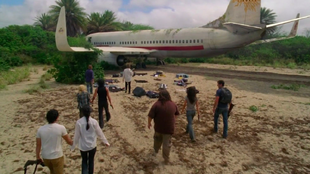 Flight 316 at day
Add a photo to this gallery 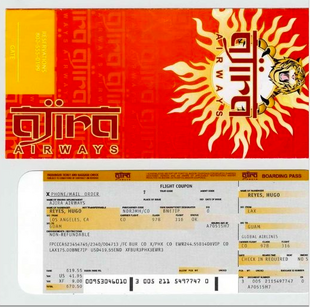 Ajira water, which is served on board 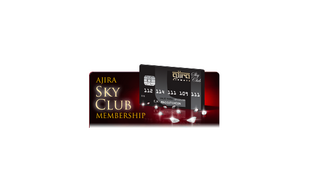 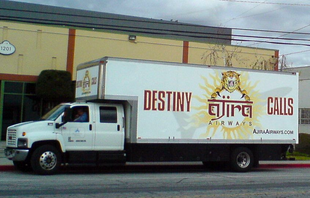 An Ajira delivery truck
Add a photo to this gallery

Retrieved from "https://fictional-airlines.fandom.com/wiki/Ajira_Airways?oldid=7619"
Community content is available under CC-BY-SA unless otherwise noted.