Hererat Aviation is an Airline company in Lost based in Miami. its livery and fleet are unknown, besides a possible Learjet. "Herarat" is an anagram of "Earhart;" Amelia Earhart was the aviator who disappeared somewhere over the Pacific in 1937. However, it has not been established if this anagram was intended by the producers. Also The logo for Herarat Aviation resembles a triple Nike swoosh. 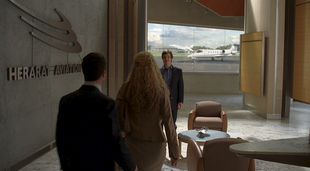 In the background you can see a Learjet, a possible aircraft by Herarat.
Add a photo to this gallery 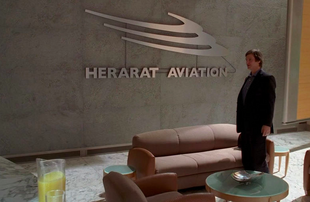 The Hererat Aviation Waiting Lounge
Add a photo to this gallery
Retrieved from "https://fictional-airlines.fandom.com/wiki/Herarat_Aviation?oldid=7578"
Community content is available under CC-BY-SA unless otherwise noted.