Nashawn Wade Airlines (NWA) is an airline seen in the 2004 American Comedy film Soul Plane. The plot is following an unfortunate series of events on board a plane from Worldwide Airlines, Nashawn Wade sues the airline for $100,000,000 and spends his compensation forming his own airline N.W.A, which is the first airline to cater largely for African Americans. However, the maiden flight of NWA is beset by woes that Nashawn has to deal with. So NWA caters to mostly African Americans. NWA's main competition is Texas Air. 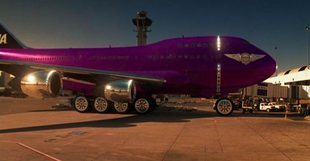 The 'soul plane'
Add a photo to this gallery 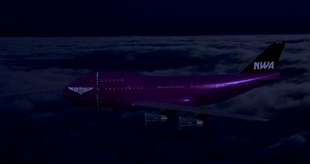 The NWA 747 in flight at night 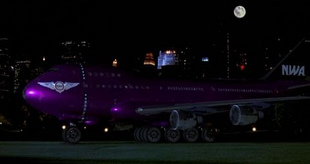 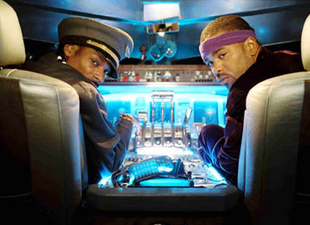 The typical NWA cockpit
Add a photo to this gallery
Retrieved from "https://fictional-airlines.fandom.com/wiki/Nashawn_Wade_Airlines?oldid=7627"
Community content is available under CC-BY-SA unless otherwise noted.